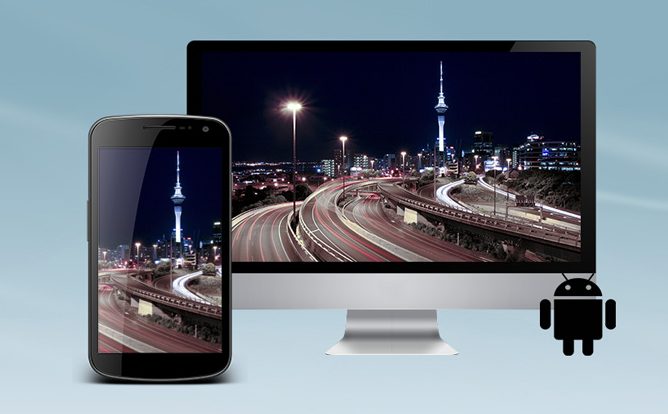 But in case if your TV does not have the feature. Then we have handpicked the 5 Best Android Mirror Cast Apps for Mirroring Your Device. So let’s just head into the topic without wasting much of the time.

First of all, we have the AllConnect – Play & Stream app. This one is free to download and can be found in the Google Play Store.

Moreover, the app is extremely easy to use comes with an intuitive user interface and lets you mirror your phone screen easily. With the help of this app, you will find all your media in one place. Along with that, it offers you multiple stream control features. As a result, you will be able to stream different content to multiple devices simultaneously. However, the app does not support YouTube live videos.

AllCast also supports a number of devices including, Chromecast, Amazon FireTV, Apple TV, Xbox 360, Xbox One, Roku and so on.  Its one of the best Android screen cast application available in the market.

Next, we have the AllCast. This one is also one of the best Android mirror cast apps that you can try out. The app is free to download and with the help of the app, you will be able to stream all kind of media contents including photos, music, and videos on your Android TV.

LocalCast for Chromecast is also one of the best Android mirror cast apps for mirroring your device. The app is free to download and it has over 10,000,000 users. The app lets you stream videos, music, and pictures on your smart TV.

You can stream media content from your phone or from some media apps. Even it supports NAS, Google Drive, Dropbox, and other services. Also, it supports a wide range of devices like Chromecast, smart TVs, Roku, Nexus Player, Apple TV, Amazon Fire TV and so on.

In addition to that, it also comes with some of the unique features. Like you will be able to Zoom & rotate & pan. Along with that, you get SMB access.

Up next we have the iMediaShare. This one is also free to download and allows you to stream all kind of media content to your TV. With the help of the app, you will be able to start streaming instantly. 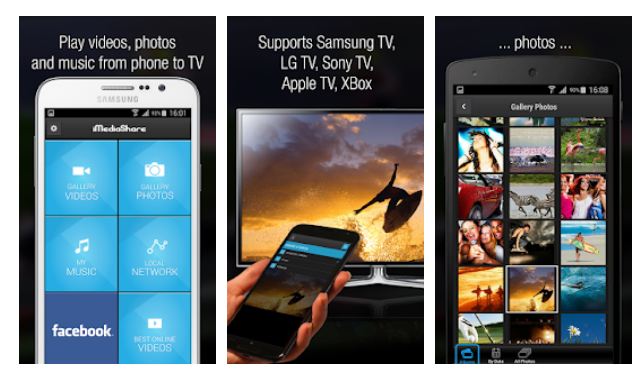 It also lets you access your digital content from anywhere pretty easily. It automatically starts looking for connected devices around you and it will start playing the content on your smart TV. One of the good parts of this app is that the app works as a remote also. So you will be able to control volume, playback, or switch videos with intuitive touchscreen gestures.

In the end, we have the Cast To TV. This app is also one of the best Android mirror cast apps that you can try out. It lets you cast online videos and local videos, music, and images to your Smart TV. 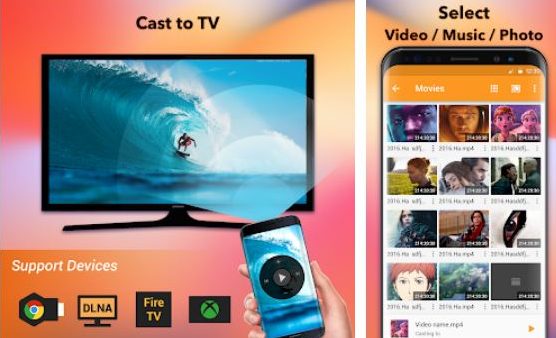 Also, it supports quite a lot of devices including Chromecast, Roku, Amazon Fire Stick or Fire TV, Xbox, Apple TV or other DLNA Devices.

You can easily control your TV with your phone and perform various tasks like pause, volume, forward/rewind, previous/next etc. The app lets you identify videos, audios and other media files on your device directly. You can also add local videos and audios to play in the queue. Also, for audio, it offers you modes like shuffle, loop, and repeat.

Check out: How to Install Kodi on Chromecast | Kodi with Google Chromecast.

Hope Everyone has liked this article on the best 5 Android Mirror Cast Apps for Mirroring Your Device, these are the best ones available in the market and that too for free. We will be adding on more applications to the list and will be updated. Keep visiting in order to download the Top Free Android Mirror Cast Applications on your Android Device.

How To Unlock Bootloader, Install TWRP and Root Honor Play

How To Set Up Chromecast Using Android Phone (GUIDE)

October 25, 2018
We use cookies to ensure that we give you the best experience on our website. If you continue to use this site we will assume that you are happy with it.Ok