You can also download the unofficial Lineage OS 16 Custom ROM on your Android device which is based on Android Pie to get the look and feel of the new version of the operating system.

The Android Pie 9.0 official update is being rolling out to Pixel phones as of now. Google has announced that manufacturers such as Sony,  Xiaomi, Oppo, OnePlus, Essential etc. which were a part of the Android P Developer Preview program; will receive the official Android Pie 9.0 update soon. If you have a Project Treble enabled Android device with you then you can go ahead and experience the new version of the Android operating system, right away, by installing the Android Pie 9.0 Generic System Image (GSI) on your device. 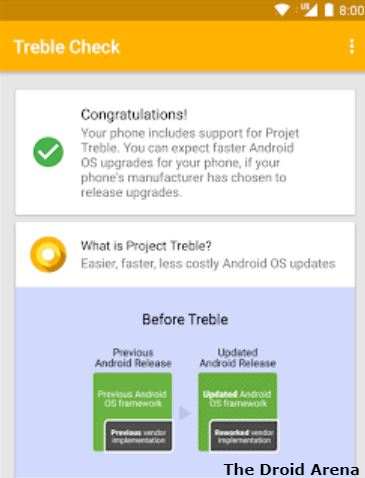 However, if your Android device happens to be not Project Treble supported then you will get the following message. 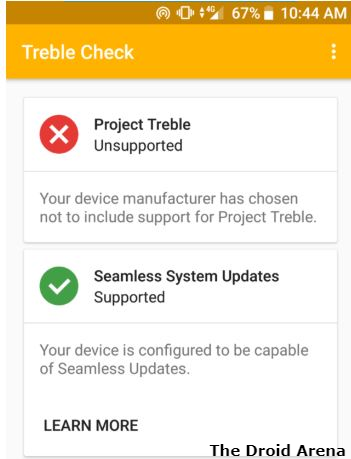 Please note that the Treble Checker Application will also tell you whether your device supports A type partitioning or AB type partitioning. Make sure you take a note of the same as you will be requiring that information later in this post.

So, if your device supports Project Treble, it is time that you come to know about the prerequisites that you need to take care of before initiating the download and installation process for the Android Pie 9.0 Generic System Image (GSI).

Please note that Android 9.0 Pie GSI is available only for devices with ARM64 architecture and A-only or AB partition systems. Almost, all current Android devices support ARM64 architecture only and as far as the partition type is concerned you must have got to know that from the response received from the Treble Checker application, as mentioned above. Now, go ahead and download the requires files from the below-provided links.

We have reached the point in this post where we are going to explain you the download and installation process for the Android Pie 9.0 GSI on your Project Treble supported Android device. So, go ahead and have a look at the same. 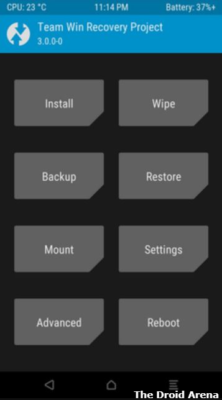 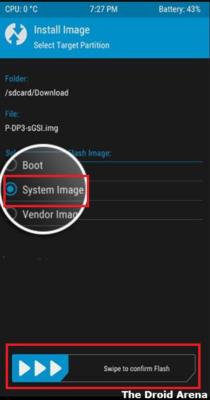 So, that was all regarding the installation of the Android Pie 9.0 Generic System Image file on your Project Treble supported Android device. Thanks to XDA dev erfanoabdi for this work, If you face any other issues which are not mentioned in the troubleshooting section above; make sure that you tell us about the same by utilizing the comments section provided below.

Also, make sure that you check the below given interesting posts: