How to Get Back Permanently Banned Clash of Clans Account {Guide}

When it comes to playing the games, we could find a lot of online games that satisfy you to the core for most of the time. Among those online games, Clash of clans is considered to be one of the best and favorite games where the millions of users are playing the game for its amazing levels and visuals. It is the game all about attacking the clans with your trained troops and clan members. This could be the main reason why COC game is more popular in the world. 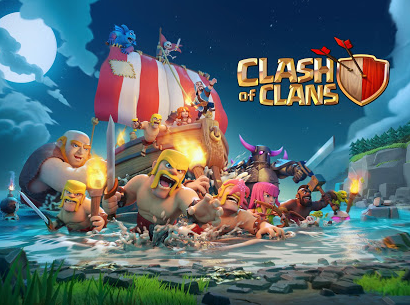 If you have an account of Clash of Clans, then you must be aware of the levels and how to train the troops. Most of the people due to the exciting stuff is hidden in it, they are also started to addict to it. Some of them have crossed more levels with large clan and weapons to make their clan strong against the opponents.

Unfortunately, if you see, the notification receives on your device like “You have been banned! We have detected the use of ‘mods or ‘bots’ on this account”, then this might lead you into shock for sure. So, what could be the solution to recover from that? Here we are coming up with the solution to restore the banned Clash of Clans account. Hope it will be beneficial for all the seekers when it comes to restoring the banned account of COC. Also, do check out the previous guide on ” Best Way to Get Back Lost Clash of Clans Village on Android/iOS Devices“.

We all know that the pain of receiving the notification of banned account on your device makes you broken. It is not an easy task for the users of COC to add up a lot of levels with years of dedication. At this stage, most of the people aren’t aware of what to do further and how to get back the Clash of Clans account to play with their clan members. 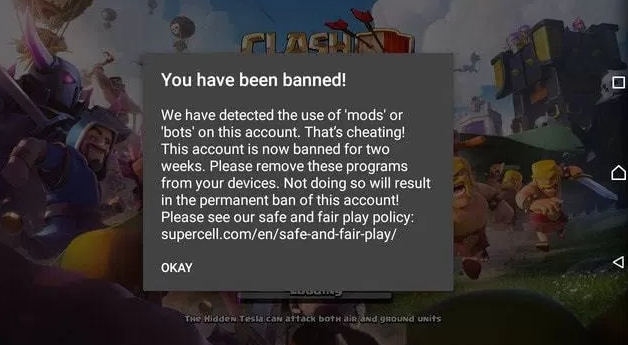 Let’s have a look that what are all the things that we need to follow and how can we get back to the account by just removing the ban permanently. One should know the fact that there could be a lot of reasons hidden in it which leads to your account gets banned. However, most of the time, the account gets banned due to the mods and boots. On the other side for fraudulent stuff which means the users could have done with cheating or hacking things.

Request to Remove a Permanent Ban of COC Account

It is also the main reason for using filthy words while having a chat between clan members. Also, there could be a chance of banning due to the sharing of explicit pictures. However, you can’t find any harm in trying back your account from banning. The thing you need to keep it in mind that the user to should request or done appealing for opening the banned. To remove the ban from your account, it is essential for you to send the email to this address clashofclans.android@supercell.net. 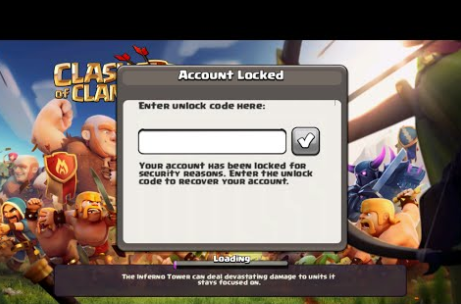 Thus the email must contain the respective Clan name, Townhall and made a description of the defense that you are not like cheating or misusing. For your information, you can add the description as per your convenience, but the content must melt Supercell to restore the account. This is how you need to send the stuff to the Supercell regarding in restoring the banned Clash of Clans account.

Regarding removing the ban from your COC account, hope the way mentioned above may help you, but it is not guaranteed where you will get your account again or not. We have tried to cover all possible methods to unban your clash of clans account or permanently banned COC account if we missed or you know any new methods, do let us know in comments. We will appreciate your efforts for the contribution by giving credits.

By any chance, If you want to delete the COC account, have a check on this particular guide: How to Delete Clash of Clans Account Permanently on All devices.

How To Install OxygenOS 5.1.8 Update on OnePlus 6 [Tutorial]

Supercell have banned my account without any reason..
Please help me to back my axcount…

Pls Help ME get my banned account.. It is already a th 12 and The email used is

Hey here jimmy..i see your problem and i try to solve it give your id or password on this gmail….roygolu947@gmail. com
Thanks and regardimg.

ls Help ME get my banned account.. It is already a th 12 and The email used i xp is 156 name is Ghost

Sir please unban and recover to my th9 account , I not do any mistakes ,if I do so sorry ,plz unban me, my username is Abdul Ahad, xp lvl is 100 , tag is #90Q8P2J9G ,plz unban my account as fast as possible

I just got permanently banned yesterday and I contacted them to bring it back. I got my account back today and all you need to do is contact them, answer some questions, and wait. It might take a long while before they respond but atleast you can have your account back. Hopes up! 🙂

My COC banned account.plss get back to me

Plss help me..get back my COC banned account..th10 all ready

Hi. My account was banned and I don’t know why so i just ask if I can get my account back please

Hello , my COC account was banned yesterday because of account phishing. I don’t know why. it was TH 12. Please sir help me to get it back my account is everything for me I trusted to supercell my account. I have no idea why i was banned so please help me back account

Sir, my account was banned due to account phishing attempt(s). Please help me because coc is my most favorite game. My account name is ❤Priya❤. And tag is #PYJYYPL29.
Thanks a lot in advance.

My account VISHESH (#YGJJ8YRQU) is banned by mistake, i was for my previous account named EMO FIGHTER (#G8OYPPR9) that was stolen by a hacker and take account and also played on it.I was just log in to it but i don’get it and i resgister on lost account but i do a register mistake and i have a problem by numer 0 and alphabet O.Supercell team said they get but it was a wrong account that i don’t know.

The next day when i started the game, it was written that i was permantly banned.plz i want my VISHESH account back i don’t want more account that create problem.

Sir,please help me one time mistake is done by every person i also do mistake by mistickly.but i dont do this.my account is permantently banded yestarday .please help me i did not do misyake sorry sir ilike coc very much i am a fan of coc in real say mom promise.please return my account sir plzz.

So,sorry sir please help me mistake is done by all person i also do a mostake give me a one chance sir i cant do any mistake .my account is permentaly banded .please help me i like coc very much .townhall is 12.please help god.

My account has been banned what happen please come it to me again unbanned it????????

Hii
I am th 10 max account amd i am ban because i am trying to hack other account.
Please help me to unban my account.
My gmail is
0107jumaruresh@gmail. com
Passward is
123456ram
Xp level 123
Clash name is=Leage of super

[How To] Lock and Unlock Your Android...

How To Install OxygenOS 9.0 on Xiaomi...