In March this year, Google has launched the beta preview of Android P. Since its first preview, we have seen five beta builds of Android P from Google. According to the Google, they have fixed loads of problems and add tons of new features in its every beta build. The beta preview is available for various flagship devices including the Google Pixel series, Essential Phone, Mi Mix 2, and some other devices.

In August, Google has finally launched the stable version of Android P 9.0 aka Android Pie. Since the build is mostly stable but, there are some common problems still persists. There are lots of Android Pie users complaining about bugs in the latest build of Android P. Have you recently, upgraded your mobile to Android P and facing the problem? Well, in this article, we are going to talk about common problems on Android 9 Pie and how to fix them. So, without further delay proceed to common problems and their fixes.

Some common issues on Android Pie (9.0):

Wi-Fi is not a new problem, users are also complaining about this in Android Oreo. On the Android community page, this problem is happening with 5 out 10 Android users. According to some users, they are complaining about Wi-Fi speed, signal drop, and connectivity problem. Here, we have a quick fix for your problem that could fix your problem. 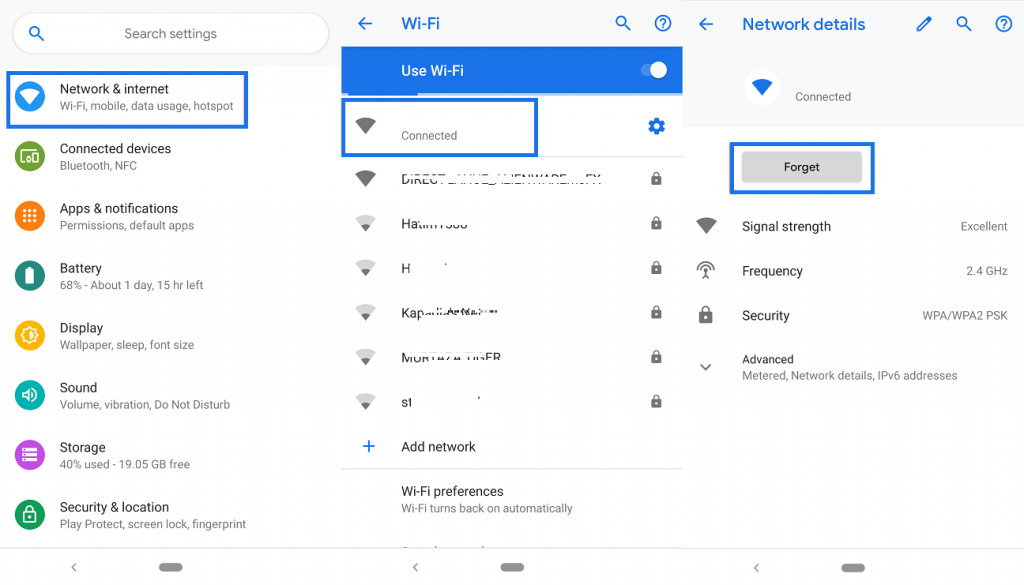 Like Wi-Fi problem, Bluetooth is another function where users are complaining on Android Pie. It is very frustrating when you are facing Bluetooth connectivity problem while listening to the songs on car music player. Are you facing? Well, you can not the only one who is facing the same with Bluetooth.

Since the launch of Android, Google is working hard to make their Android optimized. The battery is always a major concern for every mobile user. Despite having an intelligent battery adaptive function, Android Pie also has a Battery drain issue like its earlier versions of Android. From past couple of days, Google Pixel and essential phone users are complaining about battery draining issue.

Resetting the mobile phone will help you in solving such a problem. You can reset your device and take a fresh start.

Charging problem is not new in the stable version of Android Pie. This problem is following the Android P since its first beta preview. Google has tried to fix it but the problem still persists. Users with the devices with fast charging support are not able to charge their devices with the fast speed.

We don’t have any strong fix but, hopefully, this problem will fix in the upcoming builds. Till then, you can try to force stop the app that you are not using and try to use the lite version of apps like Facebook, Instagram, and other heavy apps.

The camera is always an important part whether you are a photographer or not. No one likes to face camera problem due to software error especially you have the high-end device. Android Pie has disappointed many flagship users in the camera department. Users are complaining about camera error message on camera while opening the camera app. 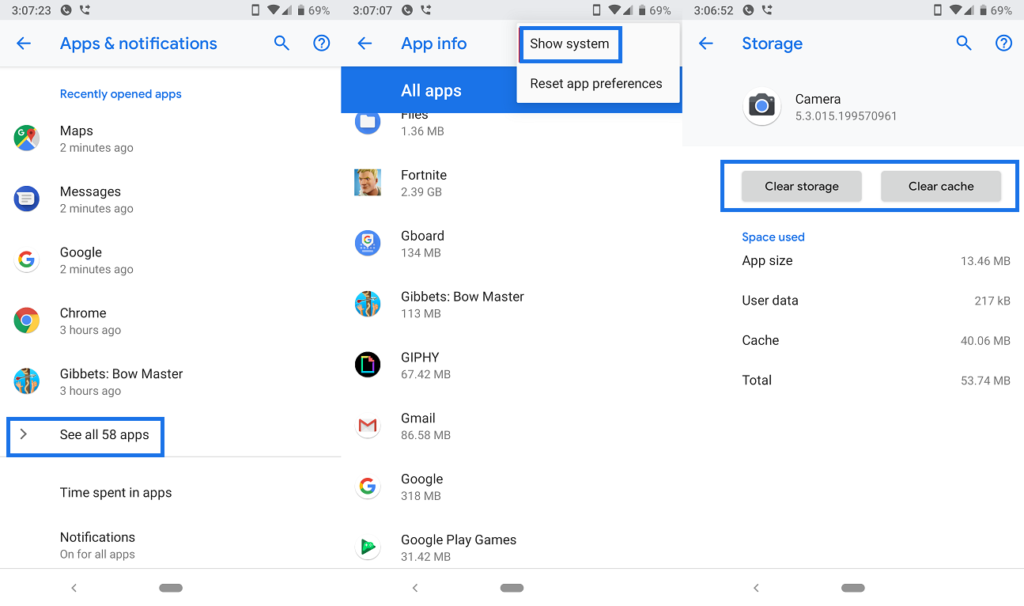 Conclusion: Most Common Android 9 Pie issues and how to fix them

Recently updated to Android Pie and facing problems? In this post, we have provided Android Pie problems and their quick fixes. Hope, these quick fixes will solve your problem.

How To Download & Install EMUI 9 (Android 9.0) on Huawei / Honor Devices

Some help you are, no notice that fixing battery like you suggest deletes everything in the phone just like the day you got it. How much will reinstalling and resetting everything drain the battery and your patience?

My ringtone keeps defaulting to silent mode no matter what I do. No issues on my Galaxy S8 until the 9.0 Pie update. Has anyone else experienced this?

All google apps stopped working on my Honor phone after android pie update. Could you please suggest how I can fix this. Thanks

September 9, 2018
We use cookies to ensure that we give you the best experience on our website. If you continue to use this site we will assume that you are happy with it.Ok